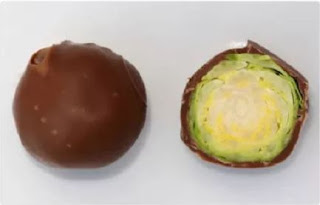 Best Halloween prank ever......chocolate dipped Brussels sprouts for the kiddies.
Posted by Ed at 11:24 AM 2 comments:

A celebrity exodus is a feature of a Trump presidency, not a cost 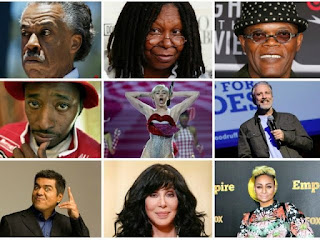 Hahahaha, a bunch of ass-hole celebrities screeched, again because nobody cared the first time they threatened it, that they'll leave the country if Trump is elected.

If every one of these jerks were in a bus that plunged off a cliff, I wouldn't lose a second of sleep over it.

Included in the list is justice Ruth Bader Ginsberg who threatened to go to New Zealand. The irony would be that Trump would get to replace her on the court with a conservative.

Idiot celebrities threatening to leave is an inducement to vote for Trump, not a cost. But these ass-holes would never under stand that.
Posted by Ed at 6:25 PM 4 comments:

Islam and western culture do not mix

I got a heads-up from regular reader Bill....
Islam is a pernicious and virulent ideology that is utterly incompatible with modern human values. A 10 year old child in Germany found this out the hard way.
A recent Iraqi refugee was taken on a "field trip" to a local public pool to help in the assimilation process. He promptly took a 10 year old into the locker room and violently raped him, then casually put on his trunks and went swimming.
The boy suffered horrible injuries requiring intensive medical care.
The Iraqi told the police that it was a "sexual emergency" since he hadn't had sex in 4 months. Obviously he was sentenced to do jail time, but an idiot judge decided that it was unclear to the refugee whether the boy said "No", and overturned the conviction. He awaits retrial.
There's no age of consent in Germany? Regardless, when you deliberately import a malignant culture that directly conflicts with yours, you're asking for trouble.
Posted by Ed at 9:44 PM No comments:

One of the recent Wikileaks revelations included this tidbit regarding Hillary's intentions for healthcare in the US......

"Given the politics now w bipartisan support including Schumer, I'll support repeal w 'sense of the Senate' that revenues would have to be found," Clinton wrote. "I'd be open to a range of options to do that. But we have to be careful that the R version passes which begins the unraveling of the ACA,".

To whom is this a surprise? Of course Hillary wants the Affordable Care Act to unravel, it was designed to unravel, just not as fast as it has.

The democrat party has a three-legged Holy Grail:

1. If not the outright repeal of the 2nd amendment, then legislation and supreme court rulings that essentially make it pointless such that severe restrictions and probably confiscation are likely.

2. Abortion on demand, by any woman of any age at any stage of pregnancy, including partial-birth abortions, all fully paid for by the federal government.

3. European-style, single-payer health care by which the federal government is the sole dispenser of health care in the US.....essentially all 315 million of us on Medicaid, with nowhere else to turn.

Obamacare failing was the plan all along because they can't cram universal single-payer down the throats of Americans without inciting an armed revolution. So they pass some absurdity like Obamacare, with its failure fully written into the plan and counted on, so that when it collapses the federal government can swoop in and save everybody too stupid to understand what just happened.

You won't have been saved, you'll have been enslaved, for when the government controls healthcare for all the people, it controls the people.

You'd have to be a mental defective not to know that Obamacare was designed to fail before it was ever drafted. That's why it's so unnecessarily complicated, so nobody can understand it fully enough to see that.
Posted by Ed at 12:26 PM No comments:

Obama being given the Nobel Peace Prize after only one year in office, based on a bunch of dopey rhetoric about the stupid, mythical Arab Spring and pulling out of Iraq was the epitome of moonbattery. So I guess it's not surprising that the Nobel Prize for Literature was awarded to Bob Dylan?
Here's their justification.......
[The Swedish Academy’s permanent secretary Sara Danius compared Dylan’s lyrics to the works of Homer.
“But we still read them, 2,500-some years later… And in much the same way you can read Bob Dylan too. And you realize that he is great at rhyming, great at putting together refrains and great at poetic images".]
Nothing against Dylan, I'm a fan, but "he is good at rhyming"? Are you kidding me?
She added hopefully that 20 years from now we'll recognize the contributions of Jay Z and Kanye West to literature as well.
Maybe this line is what earned Dylan the Nobel....“Wiggle wiggle like a bowl of soup/Wiggle wiggle like a rolling hoop”.
Brilliant.
If Obama can win it for peace, why can't Dylan win it for literature? 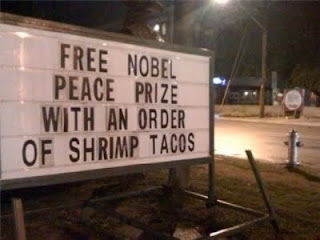 The self-important media want you to be distracted by Trump, and ignore Hillary's treachery

Contrary to what the carnivorous, left-wing media, and treacherous, establishment GOP representatives, would have you believe, this election isn't about Trump's chauvinism or even Bill and Hillary's treatment of all the women who Bill sexually assaulted.
It's about Obamacare, taxes, immigration, trade deficits, idiotic middle-east wars, cronyism and corruption, and perhaps most importantly, the Supreme Court.
If you like Obamacare, higher taxes, open borders, more job outsourcing, trillions added to the national debt, stupid green energy and the depression of the fossil fuel industry, more US meddling in middle east affairs, and the certain erosion of the 2nd, 4th, 10th, and possibly other amendments through appointment of leftist judges......then by all means vote for Hillary.
If you don't like those things and want the best chance of reversing them, then vote Trump.
It's not about what Trump said, or even what Bill did, it's about the direction of the country.

You morons who let yourselves get distracted by the media's obsession with Trump's chauvinism, as if powerful men bragging to their friends about women is something new and disturbing, deserve exactly what you'll get with a Hillary presidency.
Posted by Ed at 9:48 AM 6 comments:

Afghanistan is a lost cause 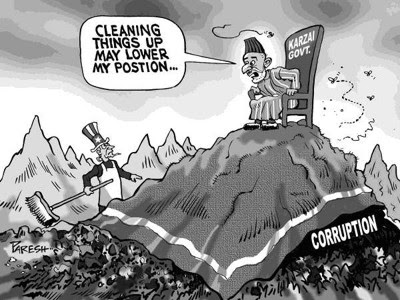 Afghanistan, among many others, is a perfect example of why the US doesn't need to be nation-building in the middle east. US taxpayers are on the ongoing hook for about $114 Billion down the Afghani toilet since 2002. And what did we get for our money?
Since the US stupidly attempted to defeat the Taliban there and then stupidly decided to install our particular brand of democracy, from the top down the whole country has become a cesspool of Pentagon-financed corruption, graft, and violence.


The poppy warlords, Taliban rabble, military, and politicians all have their hands out snatching money, coercively taken from US taxpayers at the point of a gun, handed out like Halloween candy by the US government, desperate for something they can point to as an Arab-related victory in the middle east.
It is an utter failure, just as Iraq, Libya, Syria, and probably Egypt will ultimately be utter failures too as far as American influence there.
Enough already. Get out of there, wash our hands of the whole mess, and leave them to their own devices. If they ever decide to come this way with bad intentions, we'll know it and we'll kill them as their toes hit the water on their shores, otherwise who cares what happens to them?
Posted by Ed at 5:51 PM 5 comments:

Standing on her principles 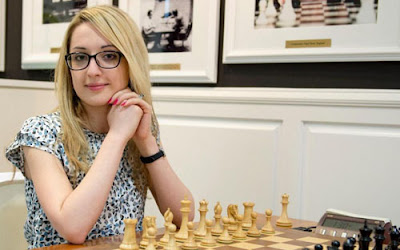 Meet Nazi Paikidze, the current reigning US women's chess champion. A world chess tournament is being held in Iran later this year but there is a strict Islamic dress code that compels ALL women to wear the hijab.
Standing on her principles to not support the state-directed subjugation of women, she is boycotting one of the most important tournaments of her career.
Good for her!
Posted by Ed at 1:49 PM No comments: 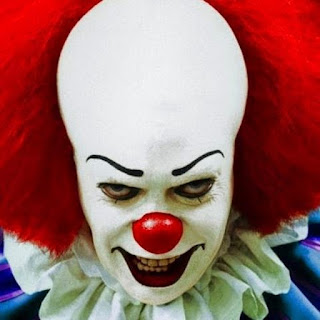 There have been numerous bad-clown sightings lately all over the country, usually featuring somebody dressed as Stephen King's Pennywise the clown.
Reports are that they are attempting to lure kids into woods near playgrounds, stalking people on the street at night, or simply standing near a road to distract terrified drivers.....and one school here in B'ham actually went on lock-down when somebody called in a clown threat, whatever that is.
As long as they don't actually hurt anybody, I think it's pretty funny, but there are just enough nuts out there who'll end up shooting one of these clowns and I'm not sure getting shot is worth the practical joking.
Posted by Ed at 12:18 PM No comments: