Obama is nothing if not determined

As promised, the 10,000th Muslim welfare colonist from Syria this year, was deliberately imported by Obama yesterday, ahead of schedule. Here's the gist of what just happened:

Obama to Americans: Shut up racist, colonial, infidel swine! Work harder, you're paying for all this.
Posted by Ed at 12:32 PM No comments:

Tired of congress not cooperating on his idiotic climate change agenda, Obama is set to sign an "executive agreement" with Chinese President Xi Jinping, adopting the cockamamie Paris Accord, to control Earth's temperature.
The Chinese are straight-up liars and thieves so signing anything with them is stupid and reckless, yet as he did with Iran, Obama presses forward with child-like trust. China won't engage in a scintilla of adherence to any carbon limitations.....they know how stupid and economically self-destructive that would be, and they laugh at how the scrupulously naive Americans will destroy their own economy based on a farcical, pernicious hoax.
Here's the transcript of Xi Jinping's and Obama's toast to their new agreement........
[Obama in English: "Here's to economic tyranny, punishing racist America, and making it cooler outside"
Xi Jinping in Chinese: "Here's to America's fool of a president who despises his own country. With him in charge, it's good to be America's enemy."] 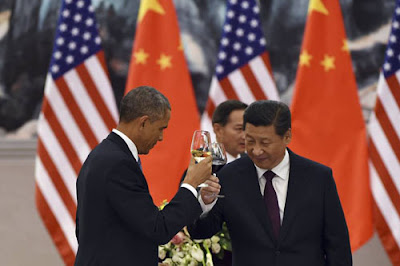 Not everybody needs an emotional support animal So I'm probably going to get in trouble for this, but I'm gonna go ahead and question the sudden rampant need for everybody and their brother to have an "emotional support" animal with them at all times. When did we become so woefully incapable of dealing with a little stress?
You have nervous students getting approval to take snakes to class rooms, anxious passengers taking monkeys, rats, emus, and ferrets on airplanes, and emotionally unstable housewives taking miniature horses and pigs into grocery stores.
Just medicate yourself already like the old days, with Xanax or Ativan, and leave your pet at home. Just because you have an unnatural emotional attachment to your weird pet and your indulgent shrink writes you a letter, doesn't make it a service animal.
You people are giving seeing-eye-dogs and monkey-assistants for quadriplegics a bad name.
Heh heh, this kid is about to become dinner for his service animal. 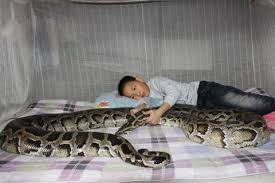 If you haven't watched any of the Ultra Spiritual Life videos on Youtube, you're missing out on some excellent commentary.

Here's the USL dude talking about what he loves about the Olympics...... 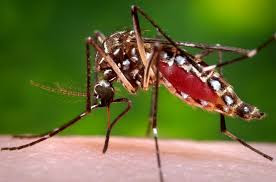 I have three words for any government, (I'm talking to you Brazil and USA) that wants to effectively get rid of the mosquito that carries the Zika virus.....D.....D.....T morons!
DDT is the most effective mosquito repellent ever invented by the minds of men, and it virtually rid all the Americas of this particular mosquito 40 years ago, yet the EPA capriciously banned it on shoddy evidence poorly presented in the idiotic book "Silent Spring", authored by a deranged naturalist who delusionally believed she was a real scientist.
By banning DDT, the US is indirectly responsible for millions of third-world deaths in the years since, and could be negligent in the tragic birth defects of Zika babies.
Posted by Ed at 8:37 PM 2 comments:

If he is not a secret Iran sympathizer, over the interests of the US, why would Obama settle a $1.7 Billion dispute from 1979 with the world's leading exporter of terrorism?
Clearly in exchange for releasing 4 Americans who the Iranians held hostage, we just drop-shipped $400 Million in various nations' currencies.....literally, pallets of cash.....on the same day as the hostages were released.
Preposterously, the Obama administration says that wasn't a ransom. Do they think we're clinically retarded? (Of course, that Obama got elected president would suggest there's an argument to be made there.)
Now, there is officially a price on the heads of American abroad. And guess what, Iran has already abducted two Iranian-Americans in Iran, and if my new math serves me, each will cost us $100,000,000 to get back.
In case you're wondering, $1.7 Billion buys a lot more than katyusha rockets for Iran to give to Hamas to shoot randomly at Israel. It'll buy ICBM's and cruise missiles from Russia for Iran to shoot at anybody they like, possibly eventually containing a nuke or two. Nukes that Obama has given Iran tacit permission to develop.
Next time, our sailors might not be given back to cheaply. 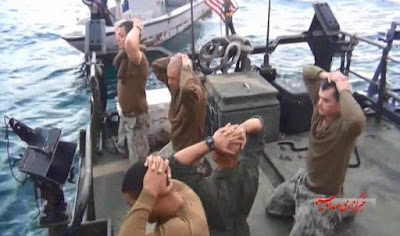 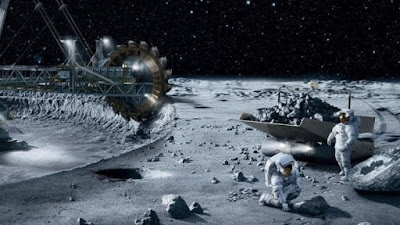 Now this is what I'm talking about. A group of private companies headed up by Moon Express has finally gotten permission from the FAA to start seriously planning to mine the moon for all it's worth.
Countries like the US, China, India, Russia, plus the EU all want to cash in on the wealth of elements there, so expect the race to start mining operation to be very competitive. Also, the plan is to establish a fuel depot for deeper space exploration so ships don't have to heave all that fuel up out of Earth gravity.
A commercial space war for the moon.....that's exciting!
Posted by Ed at 2:10 PM No comments:

Was recently in a debate with a left-leaning friend who said he was sad at what the republican party had become when it nominates a guy who calls immigrants murderers and criminals. This was my reply:

Not literally all immigrants, that's not fair, but there are countless victims of crimes that, but for America's immigration control system, the most lax or non-existent in the world, would not have happened.

Either you advocate throwing open the gates entirely and letting every third-world dreg who wants to come here in, or you see the value in controlling who comes in and who doesn't.....the same as every other country on Earth.

I'm quite sure Trump, as all conservatives/libertarians have stated countless times, would favor fast-tracking the educated, productive classes of immigrants who're waiting patiently and lawfully in line for years, rather than holding them up while those willing to commit a crime stroll in whenever they feel like it, depressing wages and straining the absurdly generous welfare apparatus.

What's going to be sad is the state of the union when, as Tim Caine promised, 15-20 million illegal aliens receive amnesty and shortly thereafter I predict, full voting rights. Within a decade, democrats will never lose another national election. Who seriously wants 9 RBG's on the Supreme Court? Or Nancy Pelosi's and Harry Reid's controlling both houses of congress and every agency, with literally no check or balance on anything?

That's a pretty grim picture if you ask me and that's why people are rolling their eyes when Trump says something insensitive or hurtful, but are still not voting for Hillary.
Posted by Ed at 2:04 PM 4 comments: