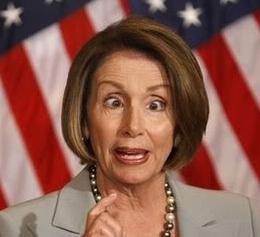 Rush Limbaugh is mulling over the idea of staging another "Operation Chaos", but this time to keep Nancy Pelosi.
Remember he urged listeners to show up to cross-ticket vote for Hillary in '08 primaries to keep her competitive with Obama heading into the convention, thereby forcing him to spend money and time in states he'd otherwise already won.
Today, the far left, Bernie Sanders, wacko wing of the democrat party is driving the get-rid-of-Nancy movement. But we conservatives love her being a millstone around the necks of Democrats across the country. Given that, we should renew Operation Chaos in NoCal and keep her in office as long as possible.
Insane, despicable, utterly deplorable Nancy Pelosi leading the Democrats in the House can only be good for Republicans. Whether you live in NoCal or not, call her office and pretend to, and encourage her to not to step down, but to stay in the House representing you. Heh heh heh.
Posted by Ed at 6:17 AM No comments: 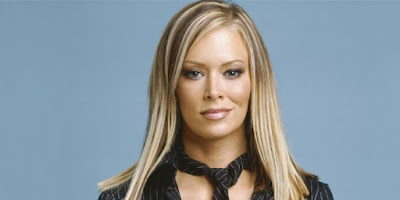 David Frum is the editor of The Atlantic, a left-wing political rag, a Washington gadfly, and a mouthpiece for the liberal agenda.
The echoes of the gunshots at the baseball field in Virginia were still being heard as Frum stupidly tweeted the following:
"Virginia
No background checks
No licensing
No registration
No permit req'd for concealed carry of long guns
Open carry of long guns & handguns"
Soon thereafter, retired porn star Jenna Jameson schooled him like a boss with this 7-word tweet:
"He was from Illinois, you consummate schmuck!"
Heh heh heh, pretty tough day when the star of such cinematic gems as "Zombie Strippers" and "Naughty Newcomers 9" takes you to the woodshed.
Posted by Ed at 5:16 AM 1 comment: