On or near this date in NASA history

On March 29, 1974, Mariner-10 executed the first-ever flyby of Mercury, shortly after it executed the first-ever gravity-assist maneuver by which it used the gravity of Venus to accelerate(slingshot) toward Mercury.
Below is an artist's conception of Mariner-10 approaching Mercury and an actual image taken of Mercury by Mariner 10's camera.
Marvel at what scientists accomplished 43 years ago today and imagine what we'll be doing in another half century. 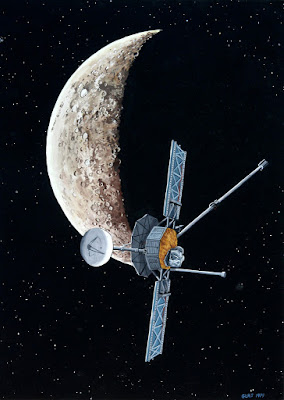 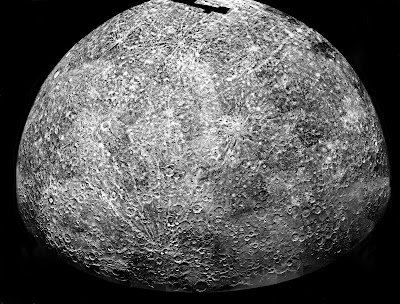 Posting has been light lately because I'm kind of tired of politics. I'll get back to it but in the mean time, here are a couple of pics of my latest shop piece. This is a chair I made from reclaimed oak pallets and planks I helped cut on a peckerwood saw mill in a friend's back yard.

The design is based on chairs created by my current favorite furniture designer, Brazilian Carlos Motta. Click on the picture and you can see the sawmill blade marks I left on the wood. Pretty cool. I just need to get the custom cushions and it'll be finished. 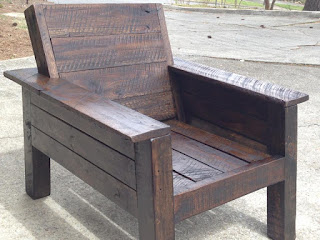 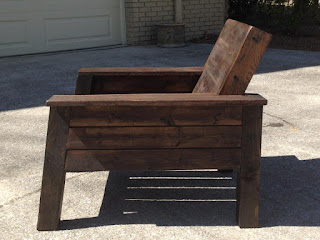 If you couldn't make money in space, Bezos and Musk wouldn't be interested in it 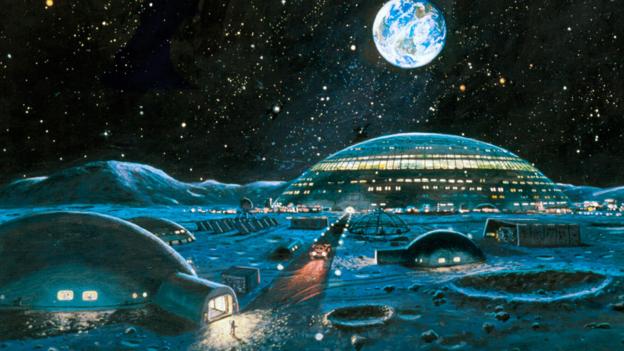 Apparently the US government is awash in new license requests for companies who anticipate business opportunities on the moon, or at least in space somewhere.

Humans haven't exploited the lunar resources because presumably it's too expensive for any single nation to undertake and until now, there hasn't really been a market for it. But with Bezos and Musk pouring money into the moon and Mars respectively, there's a lot of commercial interest.

There needs to be a multi-national mission to conquer the moon and Mars. Obviously I'm not a one-world government guy, but like the ISS, a cooperative effort by lots of nations would limit costs for each and the mission would be what it has always been in the movies and our imaginations.....just humans striving to live and conduct commerce somewhere beyond Earth.....and of course make it profitable by mining H3, the asteroid belt, low-grav manufacturing for more distant travel, manned outward-looking, "ground-based" telescopes, etc., and at some point, pleasure travel from Earth......


For instance, all inclusive vacation trips to "Hedonism XV: Lunar Love" (come for the Tang and a hyper dose of solar radiation, stay for the low-grav sex with strangers.......what happens on the moon, stays on the moon). Heh heh heh.
Posted by Ed at 3:28 PM No comments: