That's not why NBC hired you, Meghan 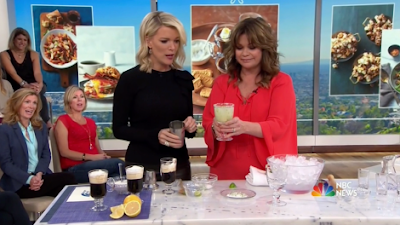 Apparently, Meghan Kelly's ratings are in the tank. When NBC hired her for $23Million a year, it was based on her ratings at FoxNews where she was doing hard news analysis in prime time.
Her new morning show, after the news show has aired, is one silly cooking segment, cute pet segment, or guest mind reader segment after another. It's as if NBC took all their show-ending, time-filler segments normally aired at the end of news shows, and put them all in one fluff show.
No wonder nobody except women who're still in their PJ's at 9 or 10 in the morning and starting on their first cocktail of the day, watch it.
Posted by Ed at 5:17 PM No comments:

Picture of the Year 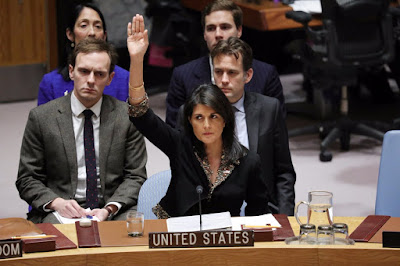 Everybody likes doing year-end retrospectives. Well, here's my "picture of the year".
Making liberals' head spin because she's a strong conservative woman, UN Amb. Nikki Haley was kicking ass and taking names when she voted against the pointless UN resolution condemning the US decision to move our embassy to Jerusalem from Tel Aviv.
Because the US has veto power over pointless UN resolutions, Haley promised the wretched hive of scum and villainy that we would remember who voted against us when it comes to funding the useless adventures of the UN. Within a few days, we had cut by $285Million our largesse to the UN.
For standing up to the malevolent knavery at the UN, Nikki Haley gets my vote for picture of the year.
Posted by Ed at 5:15 PM No comments: 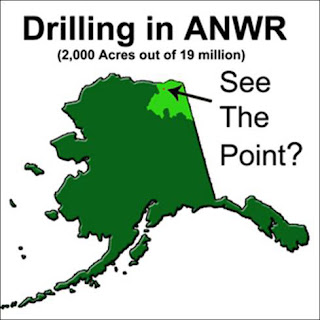 As part of the tax-reform bill, ANWR will finally be opened to drilling, much to the collective horror of nutbag environmentalists.
Hey morons, look at this map. Only a tiny fraction of a fraction of ANWR will be drilled and by rigs with tiny footprints. And it's not the pristine inner wilderness with flowery meadows, waterfalls, and unicorns that will be drilled. It's the barren, northern coastal plains which are wastelands most of the year anyway. The caribou migrate through there with the polar bears chasing them, but the won't pay any attention to the little oil rig, they'll just trot happily around it.
Besides, this polar bear in the picture and the massive herd of caribou don't seem too bothered by the drilling rig in the distance and neither should you be. 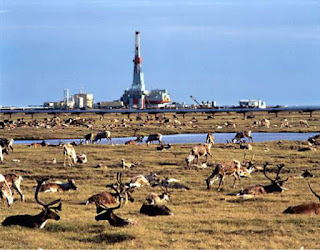 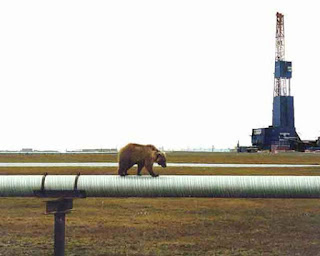 It's not about guns, it's about sanctuary cities 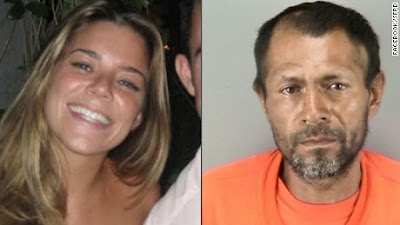 I find it hard to believe that this homeless illegal alien purposefully drew a bead on Kate Steinle and shot her. It doesn't make sense. I think he probably found the gun, and stupidly put his finger on the trigger while it was pointed in the direction of a crowded pier, and his finger pressure pulled the trigger far enough for it to fire.
I think it was probably an accident, but this case isn't about accidental shootings like his lawyers want you to focus on. Something like 50 accidental shooting take place every day and a few people die from them, but this case is about sanctuary cities and illegal immigration.
ICE requested a "Hold" on this guy after he was picked up for like the 7th time, but SanFran told ICE to take a hike and cut him loose based on their sanctuary city status.
HEAR THIS: But for the local authorities letting him go, Kate Steinle would be alive today. That particular "accidental shooting" would never have happened. San Fran's proud sanctuary city status led directly to her death and I hope her family wins millions from the city in the civil case.
Posted by Ed at 7:32 AM No comments: