Denmark's governing body overwhelmingly passed a resolution to tax red meat as a way to combat climate change.
Whether they stupidly believe in the pernicious global warming hoax or see it as a way to impose further taxation, doesn't matter. Norse meat lovers may find themselves existing on the same diet as rabbits, in order to improve the weather outside.
A sane electorate would tar and feather these petty tyrants, but then we keep electing them to govern us......whose fault is it really?
Posted by Ed at 7:42 AM 3 comments:

The VA is still a mess 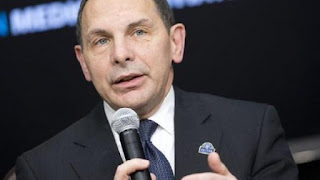 Meet Robert McDonald, Obama's replacement for the VA chief. After the VA scandal revealed that dozens, and probably more, of veterans died waiting to be seen by a VA doctor. Further, the VA falsified federal documents that showed wait times were far less than they were. Why people only got fired for that and not imprisoned is anybody's guess, but at least McDonald came in, cleaned house, and got the VA in ship shape.......

Just kidding, federal documents showing wait times for sick and disabled veterans, are still being falsified to show far shorter wait times and the VA awarded themselves $142 million in bonuses, just since he's been in the director's office.

But then I guess the VA is no different than all the other grossly bloated federal bureaucracies, full of useless quasi-criminals sucking voraciously at the public teat and laughing all the way to the bank, at the American people who fund it all and put up with it.
Posted by Ed at 5:21 PM No comments: 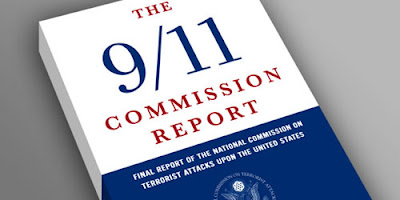 So 28 pages of the 9/11 report remain classified. Ridiculously, conspiracies abound regarding the omission, from it was an Bush-administration inside job, to the eeevil Jooos did it to gin up a war against the Arab nations.
What is more likely in my mind is that it details the complicit nature of the Saudis' knowledge of the attack or at least that they looked the other way while it happened, and the US government doesn't want to alienate them because of oil, their grudging participation in the war against ISIS, and because the Obama administration doesn't want Islam to be impugned in any way by linking it to 9/11.
Posted by Ed at 7:49 AM 8 comments: 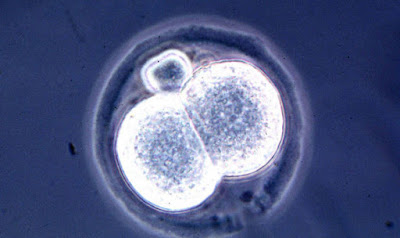 Ok so Chinese scientists announced recently that they've successfully grown a mammal in space. Then, in what might be the greatest leap since Mike Powell broke Bob Beamon's 23 year old long jump record, claimed that it proves that humans can reproduce and live in space.

Not so fast my friends. I'm no reproductive specialist, but I did major in Biology, and I can tell you that a fertilized mouse embryo in zero gravity turning into a blastocyst(the mass of cells that gets implanted into the uterine wall for development) does not a human make.

The Chinese basically replicated the first 5 days after fertilization and announced "Eureka, we've done it"! That's like calling some flour, a bag of chocolate morsels, and a few pot plants in your kitchen, a plate of brownies.

Every process on Earth, both organic and inorganic, has taken place under the constant strain of gravity. It's why tree trunks are made of rigid wood and not diaphanous strings of xylem and phloem, why swimming pools are possible, and why birds have wings. Imagine what everything would look like if we had evolved without gravity.

And now imagine how human life might change if forced to exist for scores of generations in micro-gravity.

I'm not saying we shouldn't colonize other planets or mine asteroids with far less gravity than Earth, or that the Chinese haven't accomplished something interesting along the path toward interplanetary colonization. I'm just saying that looking for ways to exist in life-long micro-gravity is probably the most daunting of all human undertakings......we weren't designed for it in any way.

Wild animals and humans just don't get alone, ever 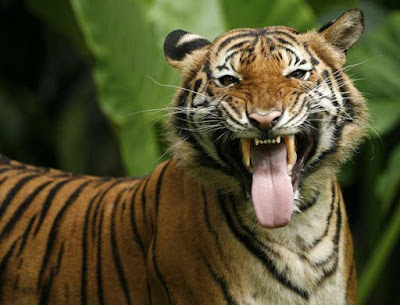 This is the species of tiger that killed that zoo keeper in Florida over the weekend. I don't know if somebody accidentally left his door open so he had access to his habitat while she was in there, or if she was over-confident in her belief that the tigers "knew" her and she alone could go into their enclosure unharmed.

Which ever it is, this is yet another example of the dangers of humans and wild animals in close proximity, not ending well. It never does.

Wild carnivores, whether in the circus, zoo, or as pets, are just biding their time until they have a reasonable chance of killing and eating you. They cannot be tamed.
Posted by Ed at 2:49 PM No comments:

"ALL THESE WORLDS ARE YOURS, EXCEPT EUROPA. ATTEMPT NO LANDING THERE"
Did we learn nothing from Kubrick? wink emoticon
NASA is planning a landing mission to the Jovian moon Europa, which besides Earth is the most likely of all system bodies to harbor life, as liquid water is known to be plentiful there below the frozen surface.
Caution: If any black monoliths are discovered, abandon the mission, tout suite.
Posted by Ed at 5:50 PM 5 comments:

Trump doesn't understand the Geneva Conventions, does that alone DQ him?

Trump to Bret Baier on torture:....“The problem is we have the Geneva Conventions, all sorts of rules and regulations, so the soldiers are afraid to fight."
Huh? The Geneva conventions aren't why our soldiers are afraid to fight. It's the idiotic, politically-correct rules of engagement on which the President and Pentagon insist, that prevent our guys from efficiently killing the enemy because they're afraid of being prosecuted and thrown in the brig.
The Geneva Conventions dictate how prisoners of war and injured soldiers should be treated, not how you kill your enemy on the battlefield. Trump is an ignoramous.
Here, Trump indicates how much he actually knows about fighting a war.