When shooting disaster footage, get it right for Pete's sake 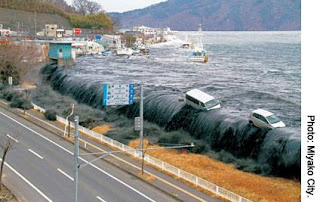 So among the most riveting human drama videos on YouTube are the amateur tsunami footage videos, especially ones from Japan. You can’t look away. In most of the videos where entire coastal towns have been evacuated to high ground ahead of the wave, there are always random people in cars, motorcycles, or pedestrians who didn’t evacuate. You unconsciously lean closer to the monitor urging them to "Hurry up!!" as you see the wall of water coming and these people desperately racing to escape, but the idiot holding the camera always turns away to catch general footage elsewhere around town. WHY WOULD YOU DO THAT?

Like in the screen cap. below, seconds before the water came over that wall, a couple of cars were on that road trying to escape but the camera guy didn't stay with them for some reason. I need to know what happened to those people. Did they make it? Did the wave swallow them up? Did that guy in the car find a road out or did he run out of places to drive, bail out, and make a run for it? Who cares about another one of a hundred houses getting swept off its foundation, when you’re watching a life and death race unfold in front of you? How do you turn away from human drama like that?
Posted by Ed at 3:25 PM 1 comment:

What are we doing in Afghanistan that was worth Brent Taylor's life? 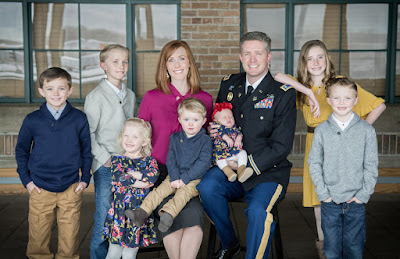 North Ogden, Utah mayor and Major in the Utah national guard, Brent Taylor was killed in Afghanistan this week when a "friendly" Afghan commando opened fire on Taylor and others. Taylor had a family of 8 back in Utah.
Can anybody tell me what has been accomplished by us in this God-forsaken abyss in the 17 years we've been dumping money and getting killed there? What?
17 years!!! Afghanistan remains and will always be the same corrupt wasteland of misery and backward, religious zealotry that it was when we got there. Enough money and lives have been wasted there. Let the Taliban, or whichever fundamentalist tribe is strongest, have it.
Nike thinks Colin Kaepernick is sacrificing something. He isn't.
Posted by Ed at 3:22 PM No comments: